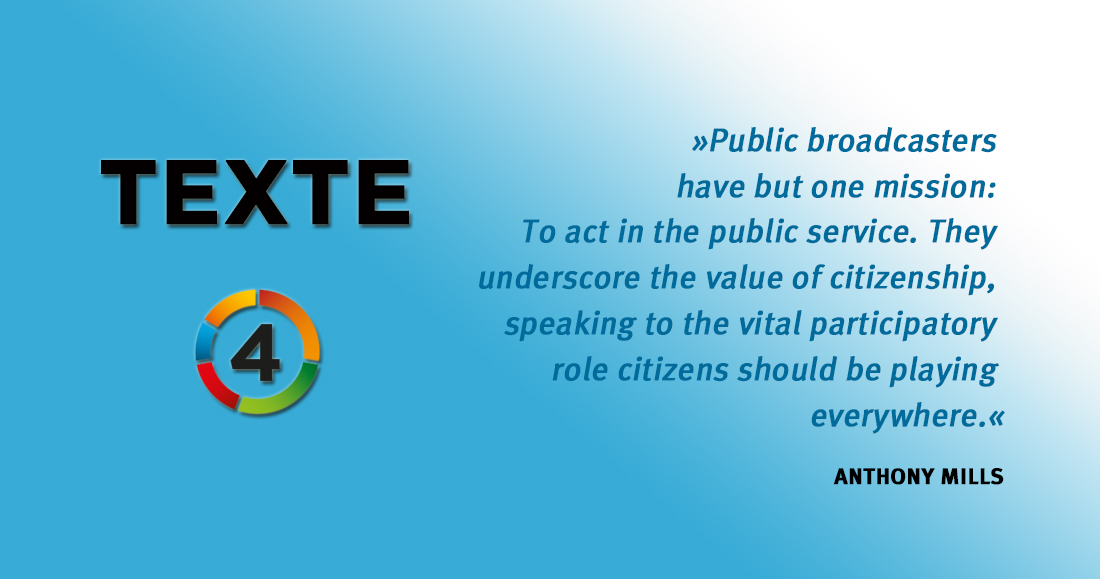 An Evaluation of Public Broadcasting in the International Context


Public broadcasting provides a vital service both for domestic and international audiences because public broadcasters can at the same time constitute a trusted and central source of information for the country in which they are established, and a source of news for people across the world who are often deprived of information.

A number of public broadcasters reach audiences across the world, providing a refreshing array of culturally-rich programming and news.
Public broadcasters are vital in the combating of stereotypes, and in the building of cultural bridges. Between them, they broadcast in dozens of languages, including Persian and Arabic.

It is true that as the media world rapidly evolves and the choice of information sources, especially online, proliferates, the challenges facing public broadcasters have never been greater. Nonetheless, there still exists a vital role for public broadcasters around the world in informing, educating and entertaining with broadcast services that are free to consume.

By embracing all major media delivery platforms in a rapidly-transforming world, and by producing varied, trustworthy, quality programming, public broadcasters promote discussion, debate and understanding not just among citizens at home, but between peoples across the globe. They satisfy a universal, cross-cultural curiosity and thirst for information. Public broadcasters serve as global platforms for the value of artistic and cultural expression, the refreshing exchange of views and ideas, and the promotion of knowledge. Through their programming, public broadcasters advance innovation, creativeness, and imagination, in a diverse, challenging environment. Public broadcasters are a proclamation of the universality of the cultural ties that bind. Their message is not national, or geostrategic; instead it is universal, a response to the inalienable right to seek information.

Public broadcasters have but one mission: To act in the public service. They underscore the value of citizenship, speaking to the vital participatory role citizens should be playing everywhere. By offering a cross-continental window into other cultures, they allow citizens to reflect upon themselves, thus developing deeper levels of knowledge and understanding. Public broadcasters are designed to render equal all citizens, to overcome social and economic barriers. One of the fundamental, democratic attributes of public broadcasters is the notion that they be available to everyone, both within and outside a country.

Resilient public broadcasters have shown that they can adapt with the times, and that they are not outdated models incapable of change. Instead, they have embraced digital media, showing that their content is just as durable, relevant and informative on the new digital platforms.

Of course, public broadcasters are dependent on funding and for this reason much debate centers around how to maximise funding and therefore continue providing a vital public service. At the same time, though, it is equally important that the values upon which public broadcasters were founded – independence and provision of quality service – are not lost sight of. It is these values which form an essential bond with the audience both at home and abroad. Especially at a time of the expansion of so-called ‘citizen journalism’ – which although useful operates without traditional editorial safeguards, the role of public broadcasters in the provision of factually- correct, fair and balanced information, as well as well-researched, carefully produced cultural and other programs remains crucial.

Even in today’s heavily politicised world, in which cynicism abounds, information consumers across the world, from Pakistan to Afghanistan and Iraq to Iran, are able to differentiate between their views of governments and the independent broadcast services of public broadcasters, It is the ability to continue operating on an independent, quality-driven line that must continue to underpin all public broadcasting. Public broadcasters must continue, the world over, to manifest an independent mission, a mission defined by institutional autonomy and editorial independence, which, particularly where there is a strong concentration of commercial media power, can ensure greater diversity and constitute a trustworthy source of information.

Standards of the highest integrity must be maintained internally as well, if public broadcasters are to continue to perform their quality role. This means that editorially there must be an internal culture of fairness, balance and independence.

In their efforts to obtain accurate information and inform the world, it should not be forgotten that public broadcaster journalists, too, sometimes pay the ultimate price: They lose their lives, are injured, or are arrested and imprisoned. There are many unsung heroes around the world, who are not necessarily famous correspondents, but who nonetheless have dedicated their lives to working for a public broadcaster. The international value of public broadcasters was clearly underscored during the violence that gripped Iran following disputed presidential elections that year. Although Western public broadcasters were derided by the Iranian authorities as government tools and as playing a role in the incitement of violence, in seeking to strive for impartial representation of all sides of the story they helped keep the public across the world informed.

In the world of 24-hour, virtually-instantaneous information, governments have sought to block the availability of international broadcaster information through a variety of means, including frequency jamming.

Although public broadcasters have proved adaptable to the change engendered in swiftly changing broadcast technology and the rapid emergence of various digital media platforms, the recent media crisis surrounding traditional print and broadcast mediums – precipitated by the rise in citizen journalism and web based news sharing

– has obliged media outlets, including public broadcasters, to decrease investment in international news. These cutbacks, including reductions in the number of foreign bureaus and correspondents, have affected the ability of broadcasters to continue providing in-depth, cutting-edge information and news to the publics they serve. Unfortunately, it has become quite common for networks to cover major news without a correspondent in place because of cost-cutting measures. One of the problems with this kind of coverage is that it creates a vacuum in which of authoritarian governments with no interest in the dissemination of balanced news coverage are able to spread propaganda and mould public opinion in the dark. The need, then, for independent public broadcasters with sufficient financial means to continue providing information of public interest remains ever-present.

A vital element of public broadcasters are the independence-guaranteeing charters under which they are set up.
Indeed, independence must be a crucial characteristic of any public broadcaster if it is to fulfill its mandate to inform the public without acting as a mouthpiece for state interests. This means as well that no editorial appointments or decision-making should be influenced by politics. Unfortunately, in the case of a number of public broadcasters this does not always hold true.

In a 6 January 2010 report, the Council of Europe’s Committee on Culture, Science and Education noted that “the survival of Europe’s long-standing model of PSB, based on independence bolstered by public consent and financed by a license fee system, is threatened by commercial competition, falling audience shares and political meddling.”

In the UK, for example, at the Edinburgh television festival in 2009, leading media entrepreneur James Murdoch lashed out at the BBC, saying its “dominance” of the British television market threatened independent journalism and was guaranteed by government funding. Meanwhile, as a consequence of government budget cuts in the UK, the BBC has been obliged to, itself, cover hundreds of millions of pounds in costs previously taken care of by the government, including the budget of the World Service. In addition, the broadcaster’s license fees are frozen for six years, and recently tensions between management and journalists over efforts to slash pension funding costs boiled over into a 48-hour journalist walkout which noticeably affected programming.

In France, the government appears to be favouring private broadcasters over public ones by reducing the public broadcaster’s budget. In addition, French President Nicolas Sarkozy, in an apparent effort to play a far greater role in the moulding of public broadcaster policy, has decided that he should have the power to nominate the public broadcaster director-general as well as the top broadcasters of the French public television broadcasting networks. The changes sparked a long strike by Radio France Internationale staff in March 2009.

In Italy, the Prime Minister owns the most powerful media company in the country, in a clear conflict of interest, and also enjoys powerful political influence over the country’s public broadcaster RAI – in which he has personally intervened to cut shows he considers critical.

The politicisation of public broadcasters dramatically undermines their mandate to provide the public with accurate, fair and balanced information overseen by an editorial team who do not owe their positions to political patronage.

The apparent influence of politics in various Western European public broadcasters is of particular concern in the context of investigative reporting. It is hard to see how an editor-in-chief, or program director, who owes his or her position to powerful political backing, can consider investigative reporting on, for example, a corruption scandal involving the political party which backed him.

The aggressiveness of commercial broadcaster interests is unsurprising when one considers that in the UK, for example, public broadcasting still accounts for a third of all viewers and more than half of all radio listeners. In Germany, public broadcasters account for 40 per cent of consumers.

While public broadcasters are far from perfect, one of their principal advantages, as long as they maintain their political independence, is the absence of any profit motivation or shareholder interests – and this is something which loyal consumers have come to value.

In fact, the loyal consumers of public broadcast information have come to see public broadcasters as occupying an island removed from both political and commercial interests, a public space open to all, a platform for the free flow of quality information, as well as critical debate and the exchange of ideas.

Quality public broadcaster programming does not aim for an intellectual elite, nor does it seek to maximise profit margins and commercial interests by dumbing down. Instead it seeks to uphold a universal quality.
Texte 4ArtikelInternationaler WertGlobale PerspektivenAnthony MillsEnglischEnglish 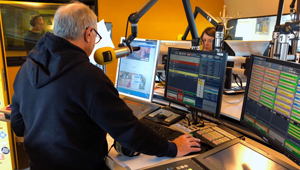 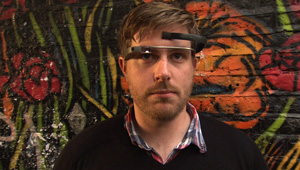 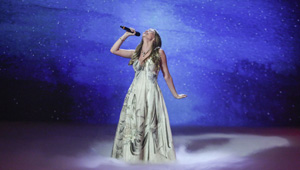 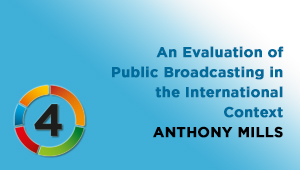