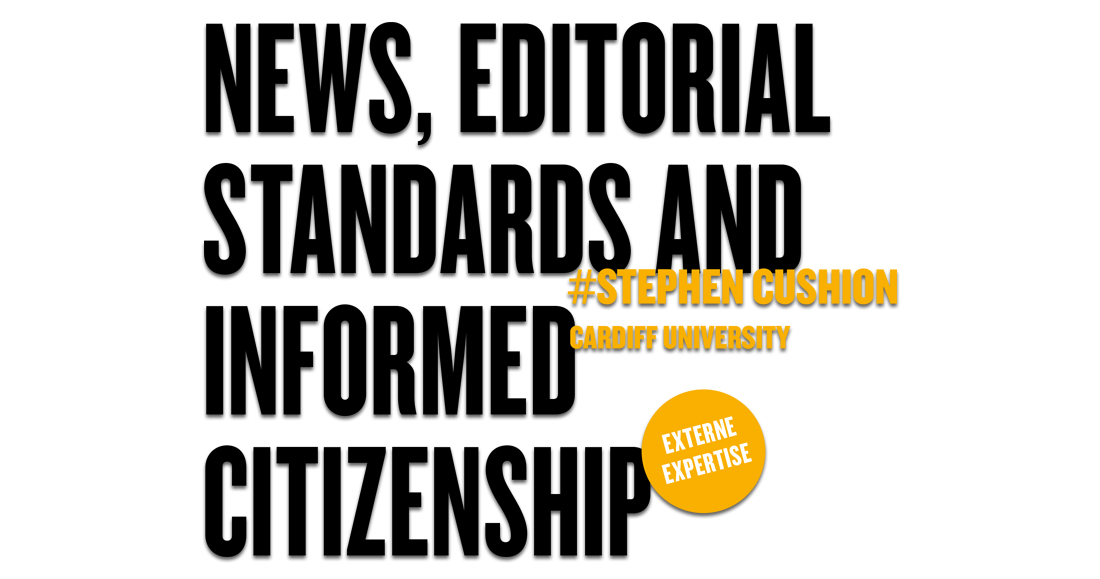 In other words, public service media that have invested in online news has demonstrated its democratic value by producing news that serves citizens with high quality journalism. While there is fierce competition between PMS and commercial broadcasters in online news and new interactive technologies, studies examining content shows the former is producing distinctive news from the market.
Overall, the evidence presented in this report so far shows public service media tend to supply more serious and balanced coverage of politics and public affairs than market-driven media systems. In countries with a hybrid media system, where public-private obligations overlap, the very presence of public service obligations can help raise the editorial standards of journalism. Or, to put it another way, PSM help mitigate the costs of free market failure.

So, for example, Sakora et al’s (2013) survey of six countries—Canada, Italy, Japan, Norway, the UK and South Korea—found public service television news viewing generally enhanced people’s knowledge about public affairs. However, this varied according to how broadcasters was financed, the audience share and the relative independence of each organisation. Put another way, public service broadcasters were less likely to raise people’s knowledge about public affairs if they were reliant on commercial income, were not widely watched or listened to or if the state had an influence on the editorial content of news. It was also been discovered that in the country where state interference in public broadcasting was most evident, watching public service television did not effectively enhance people’s knowledge of news.
Curran et al’s (2009) content analysis of television news and survey of four nations—the US, UK, Norway and Finland—revealed the latter two countries were most knowledgeable about public affairs. The knowledge gap was most striking between uninterested political news viewers in the US compared to European countries, which is due—they argued —to citizens having regular access to reliable sources of news supplied most prominently by PSM. They concluded empathically: “media provision of public information does matter, and continued deregulation of the broadcast media is likely, on balance, to lead to lower levels of civic knowledge.” Similarly, Iyengar et al’s (2009) comparative survey of US and Swiss audiences discovered “dark areas of ignorance among” Americans, which they explained by the limited information supply about international news produced by US market-driven media.

Moreover, the rise of partisan news channels in the US have meant people are increasingly turning to outlets that reinforce their own ideological beliefs, a behaviour known as partisan selective exposure. Bos et al’s (2017: 10–11) survey of people in Netherlands found the presence of public service broadcasters mitigated partisanship because they played “a unifying, and nation-binding role … a strong public news provision … is an important condition to avoid the US situation where the public sphere appears to have become different public spheres”. Put another way, the presence of public service media appears to challenge the growth of filter bubbles or echo chambers, which are concepts used to describe people insulating themselves from news they do not agree with. The wider consequences of PSM thus help ensure more citizens receive impartial news, covering a wide range of topics rather than being exposed to information that ideologically aligns with people’s own beliefs.

A four wave survey in Swedish public and commercial news programming examined people’s knowledge in three contexts: the 2014 General Election, the EU Parliamentary Election and in a non-election period the same year. In each case, PSM was found to have a positive effect on people’s understanding of issues, while commercial media had a negative impact during the election. When considering the degree to which different programmes’ impact on people’s understanding of politics, the study established certain public service formats enhanced knowledge to a greater degree. As the author concluded: “knowledge effects are stronger for one public service TV news show than for the other. This indicates that it is not ownership per se that is decisive. The format and the content also matter” (Strömbäck 2016: 13; emphasis added).

Critical role in incidental learning
Shehata and Stromback’s (2018) survey of traditional media, including online news, and social media use in Sweden casts considerable doubt on this proposition. In their words, “there is very little evidence that following political news on social media compensates for not using traditional news media and online websites when it comes to learning political and current affairs news covered by traditional news media” (Shehata and Stromback 2018: 16–17). Put another way, traditional media— such as television and online—continue to be the main sources of news for acquiring knowledge and understanding politics and public affairs. Indeed, few people widely use social media as a sole source of news. Those that do tend to pick and choose their news, personalising it for their own interests and needs, leading to the creation of filter bubbles and echo chambers.

In a media environment with increasingly more choice of news sources, public service media play a critical role in what is known as incidental learning. Simply put, this means people learning from the news almost by accident because they are more likely to encounter information in a PSM system, giving them opportunities to acquire knowledge they may not have been exposed to in a heavily market-driven systems. In the US, for example, there is plenty of news available but it is often ghettoised or politicised. In many countries with well-resourced PSM, by contrast, people are more likely to be exposed to news with high editorial standards on broadcast, online or social media platforms.
PSM are the best media to inform the citizens

Comparing output across public service and market-driven media, the weight of evidence shows it is the former that is more likely to report news of democratic value. Put another way, in an increasingly commercialised media environment, PSM provide a valuable and distinctive news service. However, media systems are not uniformly the same across countries; regulatory environments can create public-private media that may deliver public service programming. But empirical studies drawn on throughout this report have also established that media with some public service obligations tend to produce news of higher editorial standards than entirely market driven media. Indeed, even the very presence of a well-resourced public service media within a country can impact on the wider editorial standards of journalism.
In exploring the relationship between media systems and public knowledge, surveys have consistently shown that PSM, above all, most effectively raise people’s knowledge and understanding of politics and public affairs. This was most apparent among widely consumed and well-funded public service media, which had the most freedom to operate independently without editorial interference. More generally, it was found that PSM play an important role in preserving democratic ideals and remaining impartial or objective in an increasingly partisan media environment. As more people are exposed to dubious or politicized information on sites such as Twitter and Facebook, PSM offer reliable and credible news that not only serves the needs of individuals but benefits entire democracies.

At the same time, PSM should not escape criticism. The impartiality of PSM has often be called into question in political reporting, where the state may exercise too much control, compromising the ability for broadcasters to act independently or remain impartial. This is a form of elite control, where even well intentioned PSM attempt to deliver public good, but remain wedded to institutional relationships and forms of indirect political pressure and scrutiny that can influence news choices and judgements (Freedman 2018). This may be a symptom of their relationship with the government of the day, and how their current and future funding are organised. There are potentially ways PSM can be restructured to help create more independent news gathering and journalism, where the state is more detached from funding decisions and a more democratic system of governance is established (Media Coalition Reform 2018).

As the commercial media landscape expands in many countries, the temptation for already cashstrapped governments could be to cut funding for PSM and let the market grow stronger. However, the overwhelming evidence shows that PSM not only produce distinctive news with high editorial values, they are the best equipped media system to inform people about the world. In other words, public policy making about media systems has profound effects for the health of any democracy. As Sokora and colleagues (2013: 738) succulently put it, “governments’ decisions about funding for public broadcasters seem in many cases to be very much like decisions about just how well informed their citizens will be.”

In an era of media abundance, the evidence not only shows PSM produce distinctive news from market-driven competitors, but news of higher democratic value. In so doing, PSM make a significant contribution to the health of many democracies, acting as an important information source about politics and public affairs for many people, and empowering citizens to engage and participate in society more generally. At a point in time when media audiences are fragmenting across a range of market-driven platforms, PSM continue to offer a distinctive democratic service not just for some audiences but all citizens in a democracy. 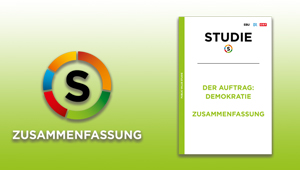 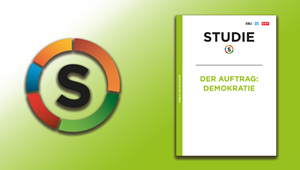 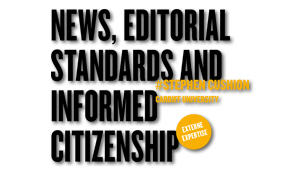