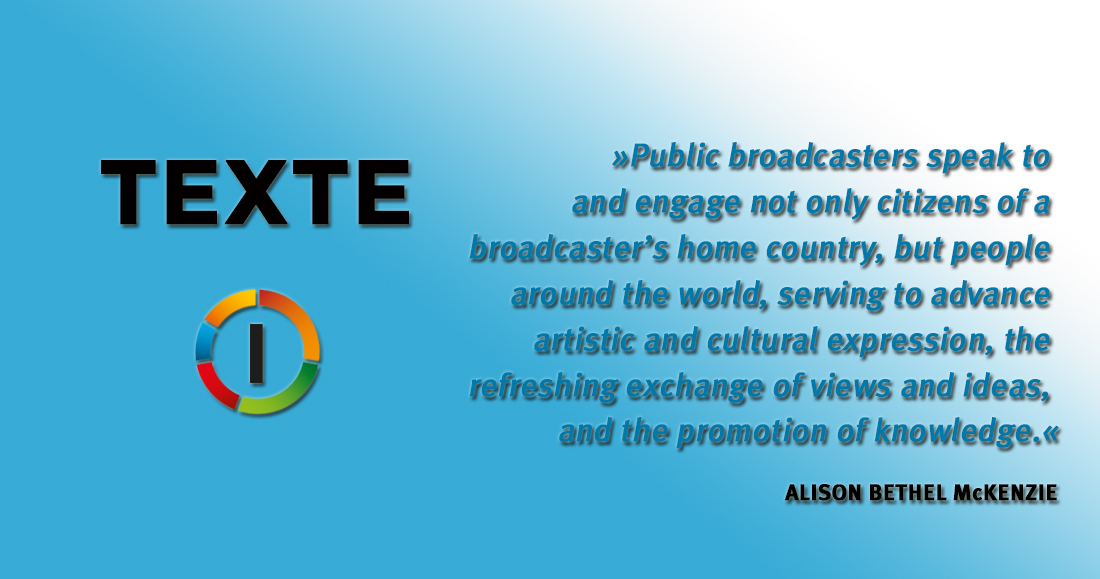 The International Value of Public Broadcasting

Iranian authorities recently detained the sister of a reporter for BBC Persian and held her in Tehran’s Evin prison until the reporter agreed to be interrogated via Internet from London.


It was not an isolated incident. Peter Horrocks, the director of the BBC World Service, which reportedly has no staff in Iran, said last October that Iranian authorities had intimidated, threatened or arrested the family members of at least 10 BBC Persian staffers in what some have described as a “targeted campaign of harassment against journalists”.


Launched in 2009, BBC Persian initially earned Iranian authorities’ ire for its coverage of that year’s controversial presidential election in Iran. According to the International Campaign for Human Rights in Iran, the regime’s anger grew last September after BBC Persian aired a documentary about Ayatollah Khamenei, Iran’s supreme leader, a move that reportedly led to an increase in authorities’ jamming of BBC Persian’s transmission by transmitting on the same broadcast channel in order to prevent reception of the original signal.

That statement dovetails with numerous other reports that the television and radio signals of other foreign public broadcasters – including Voice of America, Deutsche Welle, Audiovisuel Extérieur de la France and Radio Netherlands Worldwide – have also been repeatedly jammed over the past two years.

The domestic value of public broadcasting has long been widely accepted, particularly in Western Europe. However, the international benefits of public broadcasters – promoting understanding and democratic values by bringing information to isolated communities around the world, while strengthening those values domestically by combating stereotypes and building cultural bridges – are often overlooked.

But the pursuit in which such entities actually engage is much broader and far more important. It is “public service broadcasting”. Public broadcasters provide the public with a vital source of factually-correct, fair, balanced information, as well as well-researched, carefully-produced cultural and other programs.

In the domestic context, that means broadcasts that are universally accessible, not only in terms of availability across geographic and socio -economic lines, but also in their intention to appeal broadly to the interests of society at large, even if not all programming appeals to all of the people all of the time.

Public broadcasting provides a needed outlet for information in minority communities that would otherwise not receive coverage and it helps to develop and foster a sense of national identity and community. It also – via unique and varied means of funding, in some cases direct, in others government support mixed with commercial advertising

– provides security and distance from political and commercial interests. That independence allows broadcasters to focus on providing quality programming, and it allows program-makers the freedom to take risks and produce programs that could never exist, much less survive, on commercial stations.

Public broadcasters have the freedom to inform, educate and entertain audiences. In contrast, their commercial counterparts are usually constrained to concentrate on those goals only insofar as they are profitable, leading usually to an emphasis on the latter of the three.


Public broadcasters speak to and engage not only citizens of a broadcaster’s home country, but people around the world, serving to advance artistic and cultural expression, the refreshing exchange of views and ideas, and the promotion of knowledge.

While many of the communities served by these broadcasters and others enjoy the benefits of freedom and democracy, others live under autocratic regimes, such as the one currently in power in Iran, that seek to control society by controlling information coming in from the outside world. Other communities include peoples isolated by virtue of geographical remoteness, or by lack of a large population or relative wealth that would support greater programming options.

Providing quality, independent and culturally-rich programming to these communities is not profitable, and private or commercial media generally has no incentive to provide it. That situation is exacerbated in times of economic distress. Without public broadcasting, these communities would experience a lack of information cutting them off from the myriad of other cultures around the world and their values, as well as from the daily developments that impact those cultures. Worse, as can sometimes be seen in Iran and elsewhere, these communities would receive a distorted view of other cultures beyond those communities’ borders – or even in some cases within them – a view twisted by factual omissions and sometimes by outright lies.

Because public broadcasters are beholden to no one, they can bring news and cultural programming to communities around the world and act as a bulwark against the tide of intolerance. That role works in two directions. In addition to exporting information and cultural values, public broadcasting also helps promote understanding by importing information and values, bringing it into a local context. In seeking to strive for impartial representation of all sides of a story, public broadcasters also help keep the public in their home country informed.

Public broadcasting helps overcome the slashing of budgets in the commercial realm, the ‘dumbing’ down of news, and the capitalisation on the public’s lack of knowledge that some politicians all too often use to advance their own interests. At a time of economic distress and fears of rising authoritarianism around the globe, even in parts of Europe, this service continues to be as important as ever, if not more so. •