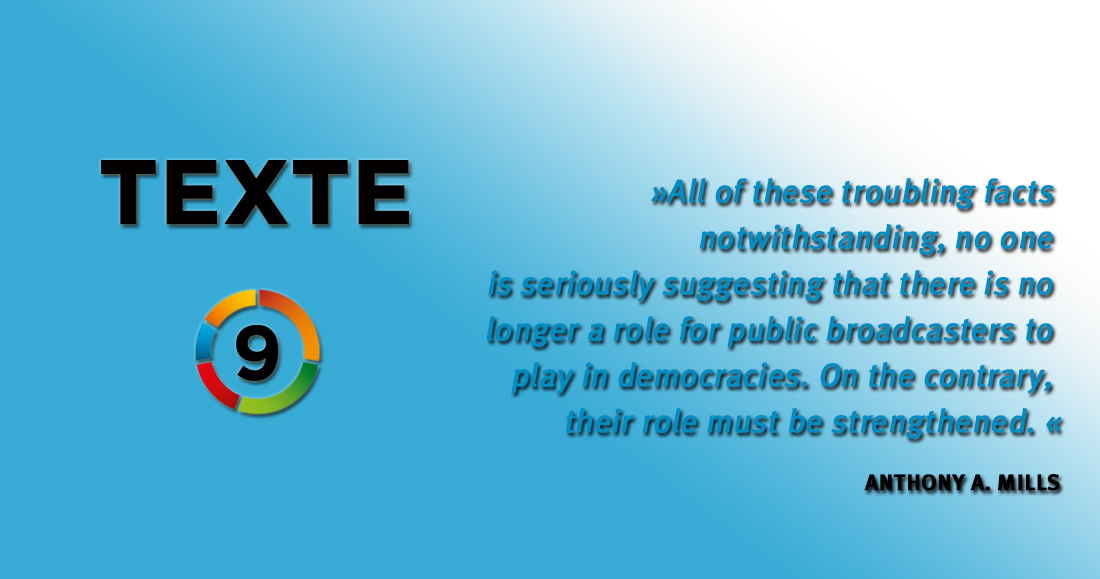 Marc Gruber, Director of the European Federation of Journalists


Everybody has been talking about the decision of the Greek government, on 11 June, to close the public broadcaster ERT (Elliniki Radiophony Tileorasi) the same day. Unfortunately, journalists and media organisations were right to condemn this closure, because the announcement was made without warning, without consultation, during a press conference organised by the Prime Minister in the evening, but also simply because it is the only example in history of the total closure of a public broadcaster in Europe.

Chronicle of a disaster

However, few journalists had looked at the details of the Official Journal of the European Union published on 8 November 2011, which concerns “adapting” decisions concerning Greece endorsing formally a previous working document of the “Troika” from October 2011. What was written there? It was a list of reforms that the Greek government must implement in order to receive the support from the European Union and the International Monetary Fund, and which were then supposed to restore a balanced budget and to establish a functional market economy. All these commitments have been included in a „Memorandum of Understanding” (MOU) voted by the Vouli (Greek unicameral parliament). One of

the paragraph called “Fighting waste in public enterprises and other public entities“, stated that Greece needed „legislation to close, merge and downsize non-viable entities” […] Among other, the legislation will relate to large entities which will be closed with functions transferred accordingly, merged or substantially downsized », [including] “ERT(downsizing)”. Obviously, by June 2013, it was clear that the Greek budget was still not balanced, that austerity measures were not efficient and that the closure of ERT was not only abusive, but also useless from a strictly budgetary point of view. The closure of ERT represents around 100 million euros saving, which is insignificant compared to the 240 billion euro international loan. Moreover, Greek politicians and foreign observers were wrong when they pretended that the Troika “obliged” them to close ERT: the Troika asked Greece to “downsize” ERT, two years earlier, which is quite a different thing. Nevertheless, the government of Mr Samaras took the decision to shut down ERT, most certainly because ERT, its journalists and its trade unions were not friendly towards him. It’s as simple as this. Let’s not make this article a full “chronicle” of what happened to ERT and to its 2700 staff, but I can’t resist quoting a spokesman of the European Commission, who said on Twitter on 12 June that “@EU_Commission understands difficult situation for all #ERT staff and expects dismissals to be carried out in full accordance with the law” . I am not sure that Greek journalists and citizens were pleased to know that the concern of the Commission was the conditions of the lay-off, rather than the existence of public broadcasting. This declaration comes even worse when you know that labour rights have been systematically reduced and violated in Greece since the beginning of the crisis.

It was with a certain relief that we heard on 18 June that the Greek State Council ordered the restoration of a public television signal, until another model is legally established. But the restoration of the signal, after a week of urgency broadcast online thanks to the European Broadcasting Union, should not be considered as a miracle solution to this problem. ERT, its former staff and its many local broadcasters, is dead and will not be replaced as such. On 4 July, the newly appointed minister responsible for public broadcasting appeared in front of the ERT staff with a document proposing incentives for early retirement, some redundancy payments and a vague plan of a temporary public entity. In a vote, the staff rejected this proposal because the incentives and redundancy pay breached the law (remember the naïve Tweet of the Commission’s spokesman?).

The same day, a draft bill was presented in Parliament to create a new public broadcaster called NERIT (Nea Elliniki Radiophony Tileorasi), which would be owned by the Greek State and which would employ a fraction of the former staff. This draft will be discussed in Parliament, but the media workers of the ERT and its journalists have already expressed their opposition.

But let’s stop here the chronicle and look a bit out of Greece.

Everybody has been talking about the decision of the Greek government, on 11 June, to close the public broadcaster ERT (Elliniki Radiophony Tileorasi) the same day. Unfortunately, journalists and media organisations were right to condemn this closure, because the announcement was made without warning, without consultation, during a press conference organised by the Prime Minister in the evening, but also simply because it is the only example in history of the total closure of a public broadcaster in Europe.

Public broadcasting under the hammer elsewhere

Another Southern European country is going through its worse crisis in contemporary times: Portugal. Few people in Austria, however, would know that last year the Portuguese government also targeted public media (press agency, radio and television) under the pretext of austerity measures. Not only did they appoint a new manager who worked previously for … the Heineken beer factory, but the government had announced its intentions to privatise part of the public broadcaster RTP. Journalists’ groups and defenders of public media across Europe protested, and at the end the plan was dropped, but for the wrong reason. Indeed the current economic context in Portugal is so gloomy that few investors were interested in the deal, and the government feared that the public broadcaster would be sold to “businesspeople” from Angola, as it is the case already for the Sol, Visao and Expresso newspapers.

Also in Spain, public broadcaster RTVE is “cutting costs”, meaning mainly slashing jobs. The same goes for France Télévisions in France and even for the BBC in the UK, where 2000 “redundant” jobs will not be replaced in the coming years. In Poland, the management of TV Polska announced last month that they would outsource 550 jobs, thus creating a whole category of precarious and second-rank workers and by consequence removing the essence of its mission from its internal staff. In Romania, the license fee is the lowest in Europe: 1 euro per month and per household; how can you expect a public broadcaster to fulfil its mission in such conditions? In Germany, where public broadcasting is an opulent and professional institution, private broadcasters and publishers have been regularly attacking it in Court on the basis of “market distortion”, and indeed the online activities of public broadcasters has been limited after certain Court decisions.

In Austria’s neighbouring country, Hungary, the public media (television, radio and press agency) have been put under the authority of joint entity, who claims to respect international standards but whose leadership is directly appointed by the Prime Minister. In 2011, the public channel MTV had gravely misbehaved at least twice: first when they deliberately manipulated an intervention of MEP Daniel Cohn-Bendit during his stay in Budapest, and secondly when two technicians were obliged to blur the face of a former judge because he had been identified as an “enemy” of the current government. These are several breaches of professionalism which of course lead to a lack of trust in public media among the population. Unfortunately one could continue this list, but let’s get to the point: public broadcasting is under the hammer all over Europe, and the economic situation is often used by politicians and governments to downsize, reduce, pressure and interfere.


The brutal closure of ERT came therefore as a shock: while journalists and defenders of public broadcasting in Europe knew about economic difficulties and political pressure, no one could have imagined that a whole national public broadcaster could be simply closed down overnight. Our colleagues from Italy, Spain, Portugal, but also from other countries expressed their fear that the case of ERT, like other “experimental” policies in Greece, could inspire governments in other countries. Many reassuring principles have been expressed by European Union, such as the recognition of the “dual broadcasting system” in the EU Treaty, the defence of public broadcasting by the so called “High Level Group on Media Freedom and Pluralism” and by the report of the European Parliament on “EU standards on media pluralism”. But when ERT was actually closed, the European Commission could only express its incompetence by “taking note” and by referring to the “context

of the major and necessary efforts that the authorities are taking to modernise the Greek economy”. This means that from now on it could happen anywhere, any time.

We should not be fooled by these developments: many economic and political forces have been opposing public broadcasting in the past decades. They reproach market distortion, lack of transparency, political bias, technological conservatism, unprofessionalism, all of which most of the times they contribute to create themselves because of the lack of funding or the wrong governance. Many of these attacks against public broadcasters aim at the removal of the mission of journalism as a public good; their fantasy is a media as

a commodity that can be socially, economically and politically controlled. Opponents to public broadcasting want to ignore the public accountability, the mere possibility that public media can be used by all citizens and in the end they do not understand that media pluralism is a matter of internal pluralism rather than having “57 channels and nothing on”, as Bruce Springsteen sang in 1992.

We have to keep defending public broadcasting, despite its flaws and limitations because it is an essential component or our European political cultures, audiovisual production, political and social pluralism. It is a daily struggle and we cannot cave in, for the simple reason that the market cannot replace genuine public broadcasting. We should not end up choosing between Orban, Berlusconi or Samaras: it is a matter of democracy for us as journalists and as citizens of the European Union. •